skip to main | skip to sidebar

INTERESTING NEW OBSERVATIONS FROM THE LHC AT CERN, GENEVA.

New findings to be published in Nature Physics may lead to the discovery of an important new sub-atomic particle called a leptoquark.

Team leader Professor Chris Parkes from the University of Manchester commented in a BBC science report that people should not get carried away by these findings - 'we should be cautious as well as excited'.

When verified these results may lead to a revision of the standard model of all the known fundamental particles. This model predicts that a beauty quark should decay into equal numbers of electrons and muons. But the new results show more electrons than muons. It's possible that a new particle, the leptoquark, may be making it easier to produce electrons.

Posted by Malcolm Bailey at 21:59 No comments:

Following the first sounds last week - from the laser - now the sound of Perseverence's wheels crunching over the Martian ground.

Posted by Malcolm Bailey at 19:57 No comments:


This oddly elongated visitor to the Solar System was discovered on 19 October 2017 by Rob Weryk and Marco Micheli at the Institute for Astronomy in Honolulu, Hawaii, using observations from the Very Large telescope in Chile.


The asteroid's speed and trajectory indicate it may have originated in a planetary system around another star. Oumuamua's observed properties suggest that it is a dense object, comprised of rock and possibly metals, has no water or ice, and that its surface was reddened due to the effects of irradiation from cosmic rays over long periods of time. It could have been wandering through the Milky Way, unattached to any star system for hundreds of millions of years before reaching our Solar System.


Searches across four different radio frequency bands for anything that might resemble a signal resulting from alien technology have so far drawn a blank.


Professor Alan Fitzsimmons of Queen's University Belfast and colleagues have carried out measurements suggesting Oumuamua may have an insulating, carbon-rich layer on the outside, due to long exposure to cosmic rays, that could have shielded an icy interior from its encounter with the Sun.


Posted by Malcolm Bailey at 11:37 No comments: 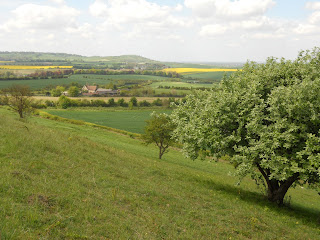 Posted by Malcolm Bailey at 21:19 No comments:

A fine display of bluebells last Sunday morning, on a hot and sunny May day, in this small and relatively unknown but picturesque wood in Luton. 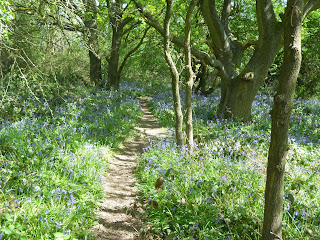 Posted by Malcolm Bailey at 21:41 No comments: 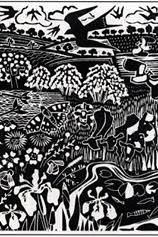 
John Clare – The Shepherd’s Calendar (May - excerpt)
(With thanks to Roger Arborfield)
Posted by Malcolm Bailey at 10:10 No comments:

25 YEARS OF THE HUBBLE SPACE TELESCOPE

The Hubble Space Telescope has completed 25 years of astronomical observation since its launch on 24 April 1990.
http://www.bbc.co.uk/news/science-environment-32433839

Nasa Administrator Charlie Bolden said 'A quarter of a century later, Hubble has fundamentally changed our understanding of our Universe and our place in it'.

An early problem was a flaw found in the telescope's primary mirror that blurred its images A smart fix was installed by spacewalking astronauts in 1993 that allowed its instruments to correct for the aberration in the reflecting surface.

Engineers expect the observatory to keep operating for at least another five years. Its successor , the much bigger James Webb Space Telescope, is due for launch in 2018.

The scientific contribution of Hubble is enormous. Before Hubble, astronomers did not know whether the Universe was 10 billion or 20 billion years old. Hubble's study of pulsating stars narrowed the uncertainty. The age of the Universe is now known to be 13.8 billion years. Hubble also played a part in revealing the expansion of the Universe, and provided definitive evidence for the existence of super-massive black holes at the centre of galaxies, among many other discoveries.

Comment: The images received from Hubble have been truly breathtaking, and often stunningly beautiful. Hubble in many ways has revolutionised astronomy and cosmology.

Posted by Malcolm Bailey at 23:25 No comments: 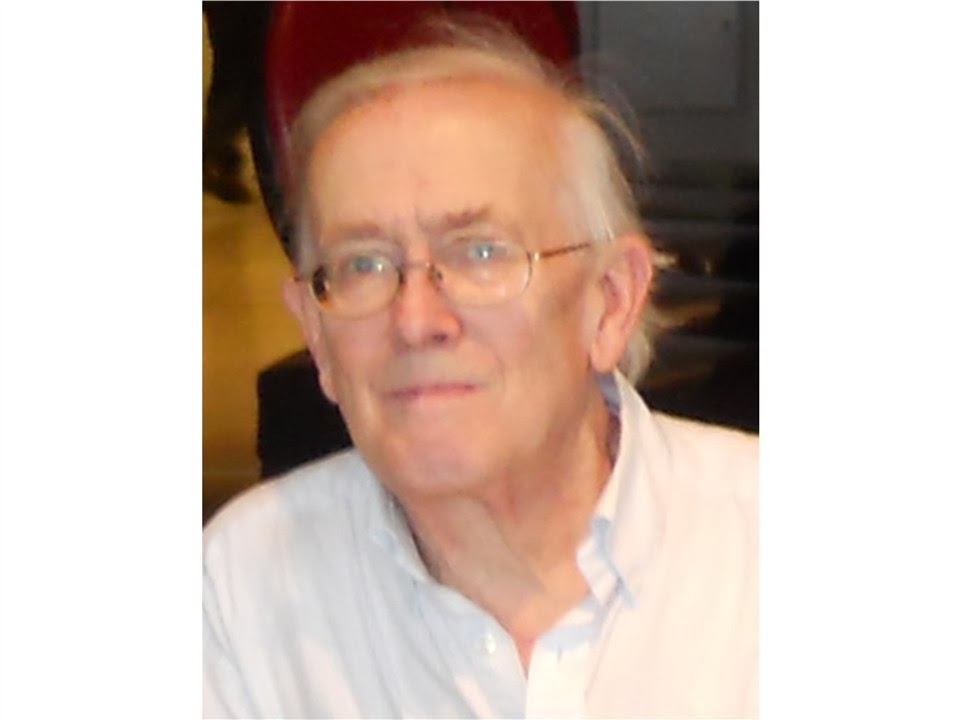 Malcolm Bailey can be contacted by text: